11 Rules in Islam On Joking 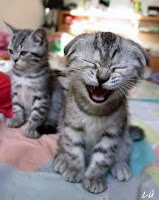 Islam is a perfect religion it has set guidelines for everything, in every walk of life. Following the Sunnah of Rasulullah SAW is the key to everything and it shows us that Rasulullah SAW used to smile and joke with his companions:

Remember that there are guidelines to follow, according to the Sunnah, when it comes to joking, laughing and having fun

1) MAKE SURE you don’t make fun of any aspect of Islam:

Jokes should not involve verses from the Qur’aan, hadith, or any of fundamentals of Islam. Unfortunately, some people tell jokes about the verses of the Qur’aan, Prophets, angels, or they make fun of the Hijaab, the beard, etc. This is the most dangerous as it can make a person a Kaafir, EVEN IF YOU ARE ONLY JOKING.

Sheikh Al-‘Uthaymeen said: “One who mocks Allah, His verses, His signs or His Messengers is a disbeliever because this action nullifies belief.”

Rasulullah SAW said: “A slave (of Allah) would utter a word, without paying attention to it, which would result in him going down into the Hellfire further than the distance between the east and the west.” (Muslim)
So the sister in the Niqaab is NOT A NINJAA and the brother who shortens his pants or lengthens his beard is NOT A NERD!

“If you ask them, they declare: ‘We were only talking idly and joking.’ Say: ‘Was it at Allah, and His verses and His Messenger that you were mocking? ’Make no excuse; you disbelieved after you had believed” (Surah al-Tawbah 9:65-66)

2) NEVER joke about something that is HARAAM:

Some people, especially the youth living in the western society tend to take the things that are Haraam too lightly and something to joke about. For example, they make jokes about a person being GAY or being ‘high’, having committed zinaa, etc.

Subhaan Allah! We forget that these are things among the worst in the sight of Allah and bring on Allah’s wrath and curse and are certainly NOT things to joke about.

3) Say ONLY that which is true:

Rasulullah SAW used to joke but he would only speak the truth. Someone asked Rasulullah SAW : “Do you joke with us?” Rasulullah SAW replied: “I do, but I only say that which is true” (Al-Bukhari, Tirmidhi)
If it involves lying and making up stories, then it is not allowed.

Rasulullah SAW said, “Woe to the one who speaks and tells a lie in order to make the people laugh at it. Woe to him. Then again, woe to him.” (Al-Tirmidhi)

Be careful that your joking does not hurt anybody’s feelings or harms them in any way. So don’t make those snide remarks or wink behind their backs. Allah says:

5) Don’t laugh if someone slips or falls or is afflicted with something:

Rasulullah SAW said, “Do not express malicious joy towards your brother’s misfortune, for Allah may have mercy on him and you may be stricken by the thing you made fun of.” (Al-Tirmidhi)

6) Never scare anybody while joking or otherwise:

Rasulullah SAW said: ‘It is not permissible for a Muslim to frighten another Muslim.’” (Abu Dawud).

7) Joking should not involve backbiting:

Don’t ever joke about others when they are not there, even if you ‘think’ they wouldn’t mind, as it would involve backbiting.

“(Backbiting is) your mentioning about your brother something that he dislikes.” (Muslim)

8) Beware of excessive laughing and joking:

Don’t be like the one who jokes ALL the time. The amount of joking should be like the amount of salt in one’s food, as too much laughing and joking makes the heart hard, distracts one from the remembrance of Allah and makes you lose respect.

Rasulullah SAW said: “Do not laugh too much, for laughing too much deadens the heart.” (Sahih al-Jaami)
‘Umar ibn al-Khattaab RA said: “Whoever laughs too much or jokes too much loses respect, and whoever persists in doing something will be known for it.”

9) Choose appropriate time and place for your jokes:

Some people don’t appreciate the time or place for joking and do so indiscriminately. There is a time and place for everything. For example, what might be amusing at a picnic or at the dinner table might not be so amusing in the middle of a Halaqah. Sufyaan ibn ‘Uyaynah said, “….. It (joking) is Sunnah, but only for those who know how to do it and do it at the appropriate time.”

Some people resort to immoral or obscene language when joking around, even though under ‘normal’ circumstances they would not even think of using such words. Rasulullah SAW said: “The Muslim does not slander, curse, speak obscenely or speak rudely.” (Al-Tirmidhi)

Some people may joke with everyone indiscriminately, but scholars and the elderly have special positions and rights, so you have to be aware of the character of the person with whom you are dealing. You should also not joke with people whom you do not know or who won’t understand, or it may lead to unpleasantness.

Thus we see that Islam is not against jokes. Good humour is part of Islam and Islam does not go against this because it is typically a part of human nature. A Muslim should develop a positive and optimistic personality, and not a gloomy and pessimistic one that is negative towards life. However, moderation is the key, and it is what distinguishes Muslims from others. We should not go overboard in our jokes and humour, (or in anything else, for that matter) and if we follow the Sunnah of Rasulullah SAW , and his guidance, we will certainly not get lost.

“O you who believe! Be patient, and excel in patience, and remain steadfast and fear Allah, that you may be successful.” (Surah Al-Imran 3:200)
Posted by walyatalattof at 7:42 PTG 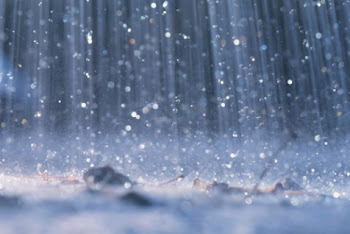